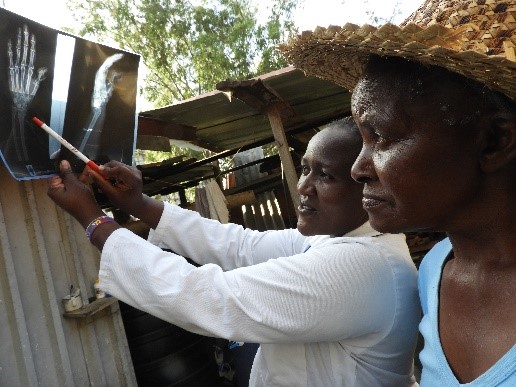 An article which appeared on March 2nd in the ‘Daily Nation’, Kenya’s highest circulation independent newspaper, has been instrumental in kick-starting interest in secondary fracture prevention.

The article discusses the global fracture crisis and the Capture the Fracture® program, with IOF President Cyrus Cooper quoted as saying: “post fracture care coordination programs are the single most important step in improving patient care and reducing spiralling fracture-related healthcare costs.” Dr Sylvia Wanjiku, an orthopaedic specialist and the Vice President of the society ‘Osteoporosis Prevention and Age Concern’ (OPAC) is interviewed, and describes the Capture the Fracture® mission to implement post-fracture care programs, stating:

“If this model is embraced and implement by the county government, private and missionary healthcare institutions in Kenya, they will set the pace in sub-Saharan Africa through saving their budgetary allocations, by improving patient care through fracture reduction and treatment, receiving world-class training and international recognition.”

OPAC aims to drive change and increased understanding through the launch of a dedicated FLS Campaign. Following the publication of the above-mentioned article and ongoing work by OPAC, Dr Joseph Kabia, President of OPAC, reported on increased interest among various stakeholders. He stated that the campaign has already attracted the attention of three County Governments and a leading private hospital which is willing to implement FLS in its bone and fracture management units. Although funding for equipment and training remains a challenge, OPAC remains committed to hosting nation-wide seminars in hospitals and town-halls.

IOF congratulates Dr Kabia and Dr Wanjiku on their valued efforts to promote training for healthcare professionals as well as increased awareness and understanding of the need for secondary fracture prevention.